I have a confession to make.

I know that I should know better.

I have no excuses.

Well, I guess that I could reach for ignorance.

But, here is it: it was not until I recently became directly involved with our school’s beginner band program that I truly appreciated the transformative power of learning a musical instrument, learning a new language, and being part of something bigger than yourself. It wasn’t until I witnessed forty-six Grade 6 students working collaboratively in the name of making. Making something beautiful. Making music. Making it together.

An Addendum (of sorts)

In my previous two and half years as the school’s vice-principal I rarely stepped into the band room unless on a mission seeking out a truant or ill student. Sure. Music is great. Everyone should learn an instrument. It is good for learning. Blah. Blah. Blah. In school administrativese supporting a band program in the age of slashed school budgets, rising staffing costs, dwindling student enrollment, a devaluing of the performing arts, and an enhanced focus on trades and technology our band program was up against the ropes. Translation: our band program is an expensive endeavour for a school and we’re not sure how much longer we can keep it going.

But despite the odds, the beginning band at our school has seen a resurgence, of sorts. After the long time band teacher moved on five years ago, the program fell into disarray. Interest and enrollment waned. As a result of the middle school program’s malaise, our senior secondary school band program suffered as its musician feeder team struggled to keep its program alive. Fast forward three years and there has been a remarkable transformation. The current band teacher is also the secondary school band teacher. The arrangement made logical sense; the continuity returned. The quality of instruction returned. The cache the program once had started to rise. And without much of a recruitment effort, student numbers in the program climbed steadily. 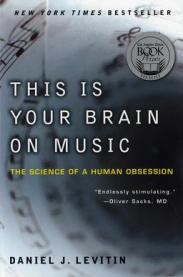 In his seminal book, This Is Your Brain On Music, author, musician, and neuroscientist Daniel J. Levitan, shares the physiological and neurological effects that music and (specifically) learning music have on our physical and emotional brain. The science-based evidence is undeniable. Reduced anxiety. Increased concentration and focus. Improved sleep habits. Diet and weight control. To name but a few long-term benefits that music education can offer our kids. So why was I so reticent to support our students in the past? Why did I not support and actively advocate for more funding to support instrument repair and trip cost subsidies? Why must our band (and drama) program have fundraisers every year? I mean, we never ask the social studies teachers to put together a map-reading high tea or the mathematics department to hold a bake sale.

Perhaps we need to be a little more grateful for the opportunities that we do afford our students. Perhaps a band program is one of them. Perhaps we should consider ourselves so lucky. Performance arts programs in most American middle schools have all be evaporated. Musicians like will.i.am, Jon Mayer, Paula Abdul, Sting, Beyonce, and Jon Bon Jovi have publicly out spoken on the important role of the performance arts (specifically music) in our public schools. The list of the larger philanthropic organizations in the United States includes America for the Arts, MusicUnites, and Look to the Stars. And while in Canada we have a much different view on public education than our southern neighbours, we are witnessing the loss of music and drama programs in our public schools at an alarming rate.

Intrinsic Beauty of the Collective

Band programs serve as a definitive example for our students of the beauty of the collective. As a former collegiate rower, I very much understood the importance of commitment, cooperation, and teamwork. Propelling a 10 metre racing shell efficiently quickly requires two things: an intense focus on one’s own effort/technique at the same time feeling the flow of the boat as a whole. It takes only one person in a boat of eight to change everything (a minutely slower stroke rate than the others) to vastly affect the collective effort. Perhaps a very similar argument could be made with the band program: a sandbox for students to learn cooperation, teamwork, and commitment to something bigger than oneself. If the drummer is off a beat and not in groove, or the bass player is too methodical or a trumpet player seems to miss the note, the overall group performance is affected. In a concert band, the whole really is greater than the sum of its parts.

Our band program has reached a healthy stage, but it will never return to its former glory and place it held in our community just less than a decade ago. Changes are afoot. The retirement of the band teacher is imminent, and school enrollment appears to be a on downward trend over the next 5-10 years. The costs to operate the program continue to rise and the support and subsidization are always year to year investments, at best. I suppose time will tell where and how this moves forward. If it does.

With my newly formed connection to our band program, my personal journey with music seems to reflect back at me very loudly. My flirtations with making music are varied: organ (yes, organ!) lessons between the ages of 5-9 years ended after a ‘refusal’ to take lessons from Ms. Elliot anymore (for my parents to tell the story it was an “ugly scene”); failure to remain my middle school band (twice!); and purchasing an expensive acoustic guitar, paying for weekly $50 an hour lessons for nearly two years to only have the instrument remain buried in its case for the past eighteen years.

Five years ago, our family purchased an electronic drum kit for our son who declared one day at dinner that “I heard music is good for your brain.” After a year and a half of drum lessons, and conflict around getting him to practice he no longer plays (“drums are stupid”). Maybe he need a band program in his school? Maybe he needed to get together with like-minded friends and jam. I’m not sure. I’ve overcome that disappointment to become the regular (and sole) user of the kit, and toying with the idea of taking lessons (jazz music here I come!). My confidence has grown to where I even performed with two colleagues in last spring’s school talent show (in front of an audience!). With my desire to be a part of the collective I am also a regular member of an end-of-the-week jam session with a couple of fellow teachers. Both are gifted musicians. I’m a guy just trying to hold down a simple rock beat for them. But, oh, what fun!

And I have been inspired, yet again, by the young learners in that Grade 6 beginning band. Yep. Last month, I dug out, dusted off, restrung, and relearned to tune my guitar. I have started to play it again. Learning those simple introductory chord all over again. It isn’t pretty. But the soothing freedom of creating sound, and well, learning music has returned to my life.

Sometimes the bravest and most important thing you can do is just show up. ~Brene Brown, PhD.