The nominations for British Columbia’s very own awards for literature, the 2011 BC Book Prizes, have been announced. And I’m really, really excited to see that one of my favourite CBC personalities (and rock god), Grant Lawrence, has received recognition for his first book Adventures in Solitude: What Not to Wear to a Nude Potluck and Other Stories from Desolation Sound. The book is nominated in the categories of Roderick Haig-Brown Award for Best BC Book (“to recognize the author(s) of the book that contributes most to the enjoyment and understanding of British Columbia”), AND the Bill Duthie Booksellers’ Choice Award (“presented to the originating publisher and author(s) of the best book in terms of public appeal, initiative, design, production and content”). Former lead singer for the West Vancouver garage band, The Smugglers, writes passionately about his favourite place on Earth, Desolation Sound.
What’s next for Lawrence…?
How about a book about his 16+ years with the Smugglers? 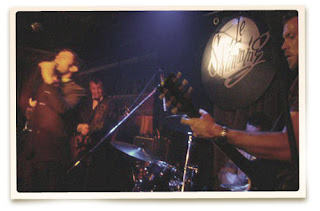